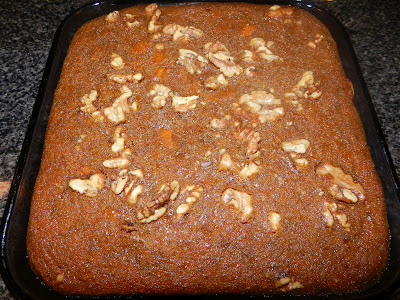 African Americans did not settle willingly into Texas as most other immigrating people. African Americans came unwillingly to Texas as slaves. Most historians believe that in 1528 was the year that African Americans appeared with the Spaniards immigrating into Texas. Although African Americans were enslaved, met with racial prejudice, and excluded from society they have had a huge impact on the shaping of the Texas culture and heritage.
African Americans have had a big impact on the southern cooking in Texas. They have combined simple ingredients and spices to enrich the foods we eat today. One staple in their cooking is sweet potatoes. Sweet potatoes are relatively easy to grow and can store for long periods of time without refrigeration. If you do not grow your own sweet potatoes they are relatively inexpensive to purchase.
I recently made a dessert using sweet potatoes.
Sweet Potato Pone
6 medium sized sweet potatoes
2 cups brown sugar
½ cup melted butter or margarine
½ teaspoon cinnamon
½ teaspoon nutmeg
½ teaspoon allspice
½ teaspoon cloves
1 cup of homemade syrup or molasses
6 eggs
2 tablespoons flour
1 cup milk
1 cup of nuts (walnuts or pecans)
Boil potatoes until soft. Use a potato smasher or fork to smash potatoes. Add all ingredients and mix well. Pour into a greased baking dish and cook at 350 degrees Fahrenheit or until set and lightly brown on top.
I have served this excellent dessert after a hearty catfish dinner, but I am sure it will go with any meal. It is absolutely delicious and easy to make!