How much squash is too much squash? I guess it depends on how much you like squash. I personally love it! We have been eating it every day. And every day I go out to my garden and collect more. This year has been officially named “the year of the squash” by my family. Everyone else that I know who has planted squash is also having a bumper yield as well. I know of one colleague of mine who just got tired of having it around her house that she bought her surplus squash to work and set it on the counter with a sign that read “free squash”. She is still bringing squash in daily and adding it to the growing pile of squash on the counter.
Sometimes too much of a good thing is an opportunity to try new recipes or a new way to preserve the harvest.  I decided to preserve squash by drying it even though the book, So Easy to Preserve, written by the Cooperative Extension at the University of Georgia said that its suitability for drying was poor to fair. I decided to give it a try since I had so much of it and had nothing to lose.
I washed the squash under cool running water. I trimmed off the ends and cut into ¼ inch slices. 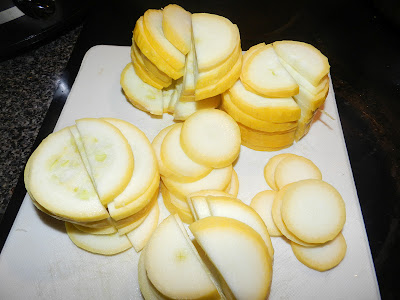 I steam blanched them. Blanching is a process of heating vegetables to destroy enzymes which causes the vegetable to lose color or flavor. Not all vegetables have to blanched, but squash does require it. I use a big pot with water in it. I have a colander that fits on the inside of this pot. I heat the water until boiling. I loosely place the squash in the pot no more than two inches deep. I make sure the water in the pot does not come in contact with the squash. I cover the pot and steam for 3 minutes. 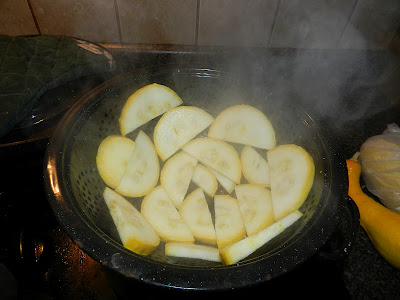 After blanching I dip the vegetables briefly in cold ice water to stop the cooking action. 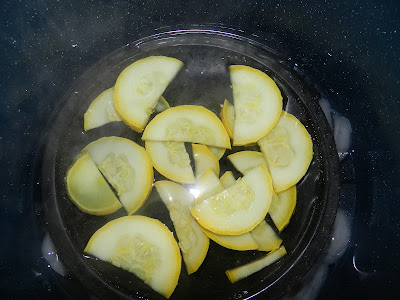 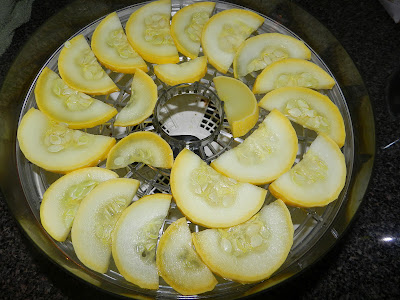 The estimated drying time in the book was 10-12 hours. It took me almost 24 hours for them to completely dry. I stored them in a canning jar. I will keep my eye on them in the coming weeks to make sure that they do not mold and have been dried properly. I look forward to adding the dried squash to my recipes this winter. 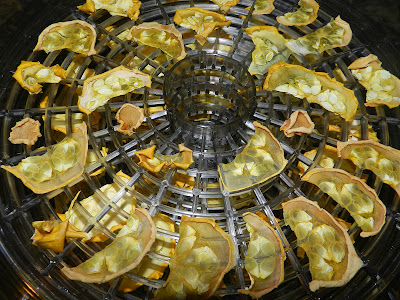