My husband was in the military for several years. At one time the military moved us to Arcata, California. The military housing on base was full so we lived in an apartment. When we moved into the apartment there were two wooden planters filled with strawberry plants left by the apartment’s last occupants. Those plants produced a quite of bit of strawberries. Ever since then at every duty station I have had strawberry plants. They produced the best when we lived in Alameda, California. We had so much that year that I even made my own strawberry jam. Those plants have continued to travel with us across our nation. Unfortunately the past few summers have been extremely hot and dry here in Texas that I have lost my strawberry plants. 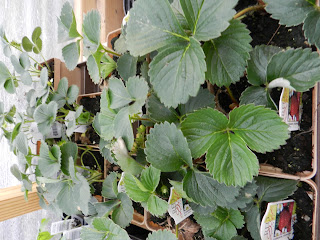 This year Atwoods had a plant sale and I bought about 20 plants at .79cents a piece. I bought half of the strawberry plants as Junebearing and the other half were Everbearing. I wanted to recreate to the best of my abilities the environment that my strawberries flourished in that year. A couple of things that I remember about that year were that they were planted in the shade of a tree and I used pine needles as mulch that year. So I decided to plant them in the shade between a peach and a pecan tree, and I used pine needles to mulch around them. 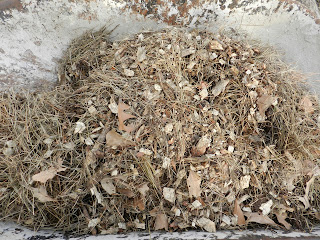 A few months ago when the tree trimmers were trimming the trees around the electric lines near the road I asked them if they would mind giving me the mulch. They ended up bringing me nine large truckloads of mulch for free. I have a quite of bit of mulch that my garden is going to love! 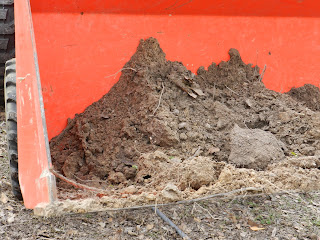 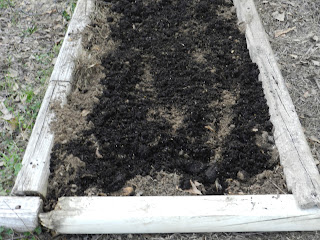 I planted them in a raised bed that I constructed by reusing some old landscape timbers. I ended up making the bed 3 timbers high. I added some soil that we dug out of the pond this past summer when we had the drought. I added some compost to the top and mixed it in a bit. I then planted them in the soil making sure to keep the crown of the plant at the same height they were previously. Next, I mulched them with the pine needles. Lastly, I covered them with wire to protect them from the chickens, turkeys and squirrels. 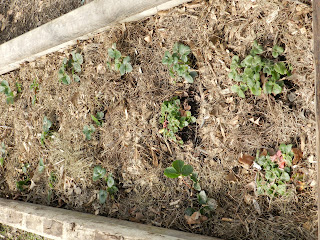 I plan to take extra care of them because I want to get them well established in the soil. I hope to have fresh strawberries again! I have included a link to the Texas A&M agriculture website about growing strawberries.
http://aggie-horticulture.tamu.edu/hillcountry/Strawberries/intro.html 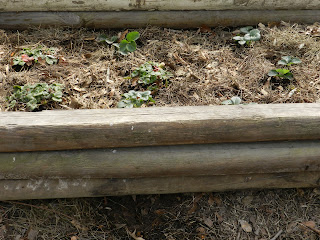